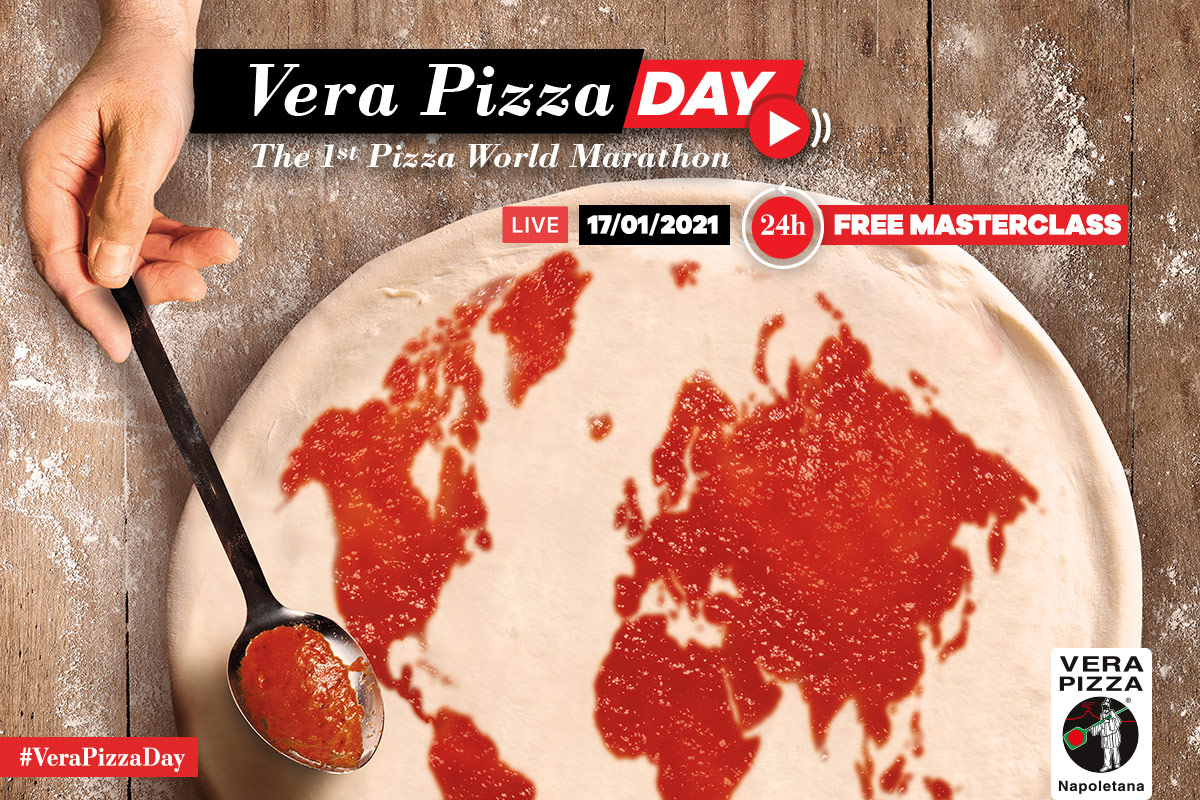 On Sunday 17 January, on the occasion of Sant’Antuono feast, a live streaming with 17 masterclasses from all continents. 24 hours to narrate one of the most loved and known products in the world

13 countries involved, 13 different languages ​​including Arabic, Korean, Thai and a grand closing in Neapolitan language. A global event to celebrate Vera Pizza Day on the day that celebrates pizza-makers. And for the first time a pizza masterclass in sign language

From Naples to Naples, on a world tour that will last 24 hours and that will stop in 13 countries with 17 masterclasses that will see the True Neapolitan pizza as protagonist. This is the program of the first edition of Vera Pizza Day, the global event with which AVPN will celebrate, on Sunday 17 January, the Sant’Antuono feast, patron saint of pizza-makers. And which can be followed by connecting to the AVPN Facebook page www.facebook.com/verapizzanapoletana

The aim is to tell and promote one of the most loved products in the world and to do so by engaging fans from all over the world who will be able to connect, during the streaming marathon, and follow one of the many lessons that will see as protagonists some of the most important Maestri pizza-makers of the various continents. Just get ½ liter of water, 1 kg of 00 flour, fresh brewer's yeast, salt, peeled tomato, fiordilatte or mozzarella, extra virgin olive oil and basil and get ready to follow the advice of some of the greatest pizza interpreters to be able to bake a product with all the trimmings.

“An unprecedented non-stop – comments Antonio Pace, AVPN President – which is the result of years of work and promotion around the world. Only some time ago it would have been unthinkable to hypothesize such an event, with lessons held by professionals trained in our school, having cities like Los Angeles, Istanbul, Cairo, Marseille, Tokyo and Melbourne as theater. With the Association we have managed, in over 35 years of activity, to create a network well rooted in all continents and which sees in the promotion of true Neapolitan pizza a common thread that unites different peoples, histories and cultures".

And it is in fact a real journey around the world that can be witnessed on Sunday 17 January. Start at midnight between Saturday and Sunday with the lighting of the Sant'Antuono fire at the AVPN (Associazione Verace Pizza Napoletana) offices in Capodimonte and then, over the next 24 hours, stops in Australia, Japan, Korea, Thailand, Russia, Turkey, Egypt, France (with two appointments), again Italy, Poland, Brazil, South America, the United States and then return to Naples for the final greetings.

During the day, from 15.30 to 16.30 there will also be a conference in which important personalities will participate, each one involved in a particular way with pizza: such as the well-known best-selling author Maurizio de Giovanni and the president of the Univerde Foundation Alfonso Pecoraro Scanio, always at the forefront of all the initiatives that have helped to create a strong image of Neapolitan pizza in the world. During the meeting, the "Sant’Antuono Awards" will also be given to those representatives of the journalism and media world who, over the years, have particularly distinguished themselves in promoting the culture of pizza.

Finally, as part of the initiative, will be promoted a fundraiser for the creation of the work dedicated to the art of the Neapolitan pizza-maker signed by the Maestro Lello Esposito; a tangible symbol to celebrate the 2017 recognition, with which UNESCO has included this art in the category of intangible heritage of humanity.

“And we will see a lot of humanity on Sunday 17 January – concludes Pace – with many intense moments. Among these I like to remember the first pizza masterclass in Arabic, held by our student Dareen Akkad; and the appointment from the East Coast of the United States, with the group of the "Mozzeria” pizzeria, a team made up exclusively of deaf-mute guys who will lead the lesson using sign language ".

The Vera Pizza Day initiative, created with the support of the Campania Region and the moral patronage of the Municipality of Naples, sees the participation of international partners such as Molino Dallagiovanna, Molino Denti, Molino Caputo, Latteria Sorrentina, Gi.Metal, Molino Bongiovanni and Manna Forni.

The Vera Pizza Day will be conveyed by the Facebook pages of the partners, delegations, associates and communities of “I Love Italian Food” and “Ooni”.

The technical partners of the initiative are the two young Neapolitan realities Jungle Juice ADV and Sokan Communication.

Here is the program of the day 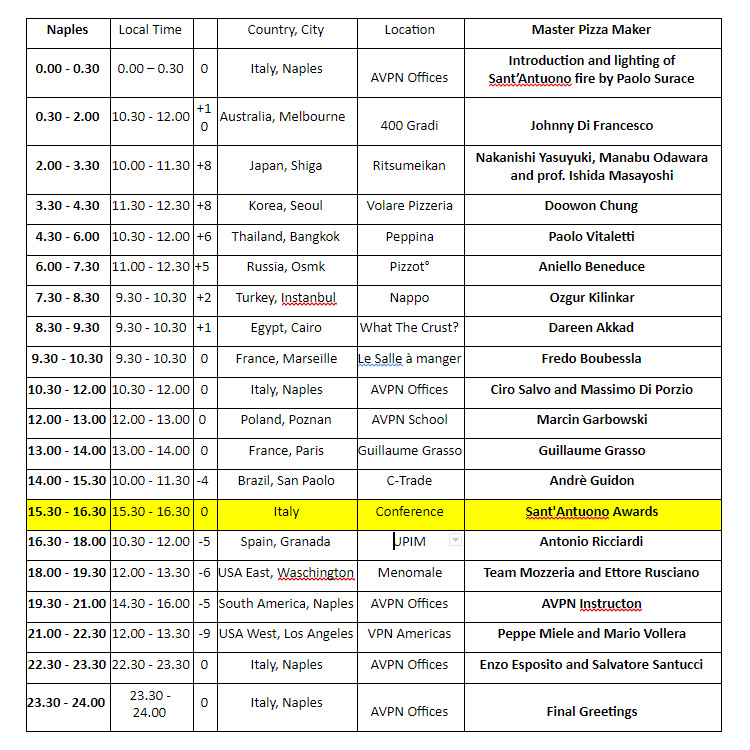 LIGHTING of the SANT'ANTUONO FIRE

Board-member Paolo Surace will kick off the Vera Pizza Day with the lighting of the propitiatory fire from the AVPN offices in Capodimonte.

It is certainly one of the countries where True Neapolitan Pizza is achieving great success. This is mainly thanks to Johnny Di Francesco, one of the first students to graduate from AVPN and today president of the AVPN Australasia delegation, who immediately imposed high quality standards with his 400 Gradi pizzeria.
Best pizzeria in Oceania for the 50 Top Pizza Guide, 400 Gradi continues its triumphal march also in the USA and Kuwait.

A special connection from a special location: Ritsumeikan University, one of the oldest and historic in Japan. In fact, it is in this university that the AVPN School Japan is located, whose course in true Neapolitan pizza is an integral part of the degree in Food Management. The protagonists of the connection are the AVPN Japan president, the training responsible Manabu Odawara and Prof. Ishida Masayoshi.

If every year many Koreans reach the AVPN headquarters in Naples to learn the art of pizza-maker, it is not only thanks to the UNESCO recognition they received at Jeju in 2017, but also to Doowon Chung, the first AVPN member in Korea. He will lead the live masterclass from Volare pizzeria.

Paolo Vitaletti will lead the masterclass from Thailand. After the course of studies at AVPN, once back in ancient Siam, he opened Peppina pizzeria, achieving such success that it quickly became a real chain. Alongside Paolo will be his head pizza-maker Thanwa Seesaed, alias M, who brought Thailand to the podium of the last Olympics.

The story of Aniello Beneduce is a nice one: he left Naples and arrived in Siberia years ago as an engineer for Gazprom, the good Aniello no longer able to eat a good Neapolitan pizza decided to open his own pizzeria. Today Pizzot° success of is such that it has given life to a business project which already foresees, in the coming years, several new openings.

Brilliant student of AVPN courses, Ozgur Kilinkar, has not only the spirit of a pizza maker but also that of businessman. Having started with Nappo pizzeria, he has already prepared an important project that includes expansion throughout the Turkish territory. He will be the one to conduct the live masterclass from his first pizzeria in Istanbul.

Dareen Akkad is a citizen of the world. And during one of her trips she stops in Naples and falls in love with the True Neapolitan Pizza. Thanks also to the collaboration of her husband, she opens a pizzeria in Cairo, which immediately becomes a successful case history. She, the first AVPN member on the African continent, will have the honor to carry out the first pizza masterclass in Arabic, live from her What the Crust pizzeria.

Directly from the AVPN offices in Capodimonte one of the most anticipated Vera Pizza Day masterclass. The protagonist Ciro Salvo, undoubtedly one of the best pizza-makers in the world as shown by the many awards obtained in recent years by his two pizzerias 50Kalò in Naples and London. At his side, the AVPN Vice President Massimo Di Porzio.

Another country where pizza is experiencing a real Golden Age. Thanks to the AVPN School of Poznan and the Forni Rossi group, whose head pizza-maker Marcin Garbowski will lead the masterclass with passion and professionalism alongside the school director Ewelina Przygocka.

Fredo Boubessia is the latest affiliate, in chronological order, to the Associazione Verace Pizza Napoletana. He will be the one to lead from the splendid Marseille the first of the two French-language masterclasses of the day from La Salle à Manger pizzeria.

The pizzeria of Guillaume Grasso, an AVPN student, is an essential point of reference for Parisians who love True Neapolitan pizza. After all, Grasso is a historical name in the sector, as those who frequent and love the two Gorizia pizzerias in Napoli will know well.

Andrè Guidon is an engineer and as such loves precision. And since he could not digest the São Paulo style pizza, he decided to open his pizzeria verace Leggera and treat himself with a product that lived up to his expectations. Success and the important awards obtained prove him right and, a few months ago, the AVPN Brasil delegation president opened his second restaurant. The Masterclass in Portuguese will take place from the AVPN School Brasil offices.

Antonia Ricciardi, AVPN brand ambassador, will be responsible for leading the Spanish masterclass. An idiom so spoken in the world that it is easy to imagine that it will be one of the most popular meetings of the day.

Unity is strength: and thus the east coast of the United States offers a winning combination. Ettore Rusciano of Menomale pizzeria in a team with the Mozzeria team, a place where everyone, from the pizza-maker to the waiter, is deaf-mute. It will be therefore the first masterclass to describe pizza with sign language.

From Los Angeles, California, a long-awaited connection from AVPN's oldest office outside Naples. Peppe Miele, VPN AMERICAS President, will lead this important masterclass. Successful chef, true Neapolitan, he is unquestionably the pioneer of the True Neapolitan Pizza in the States.

Directly from the AVPN offices in Capodimonte, a masterclass in two languages, Italian and Spanish, dedicated above all to Latin American fans, increasingly in love with the True Neapolitan Pizza.

On a day that will hear the pizza told in many languages, one could only end with the one language that represents it more than any other. So a lesson in "Parlesia", the ancient Neapolitan pizza-makers slang. The most musical way to close this beautiful initiative to which the two instructors Enzo Esposito and Salvatore Santucci will give "True" voice. 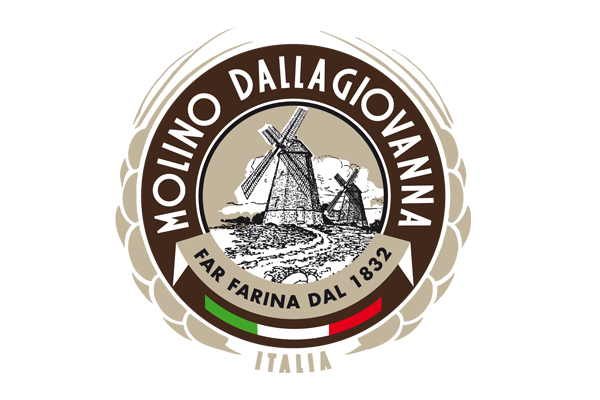 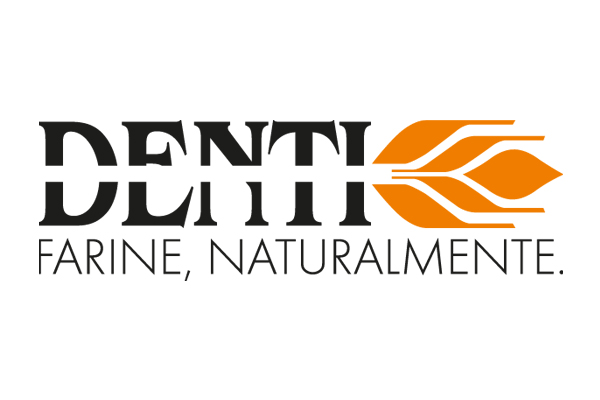 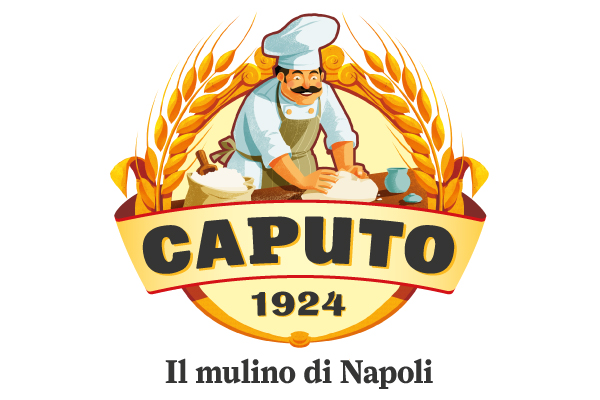 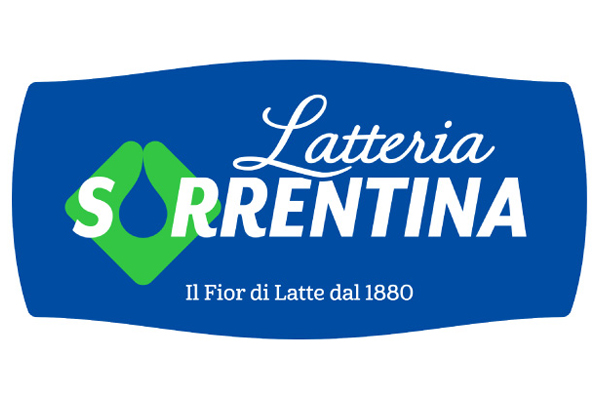 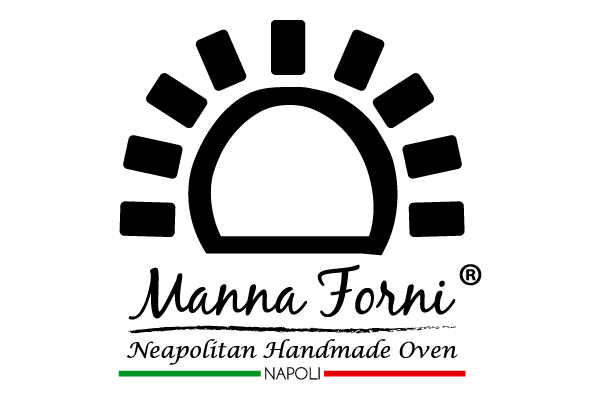 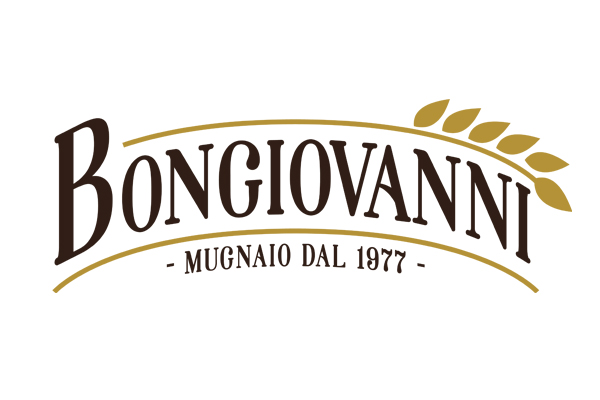 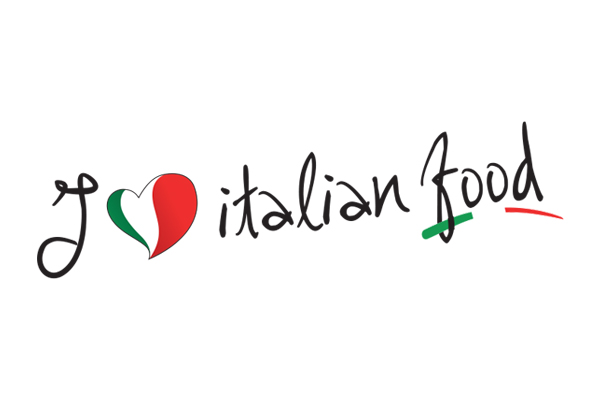 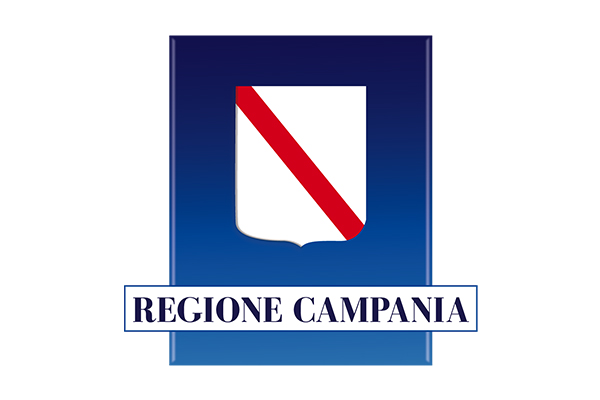 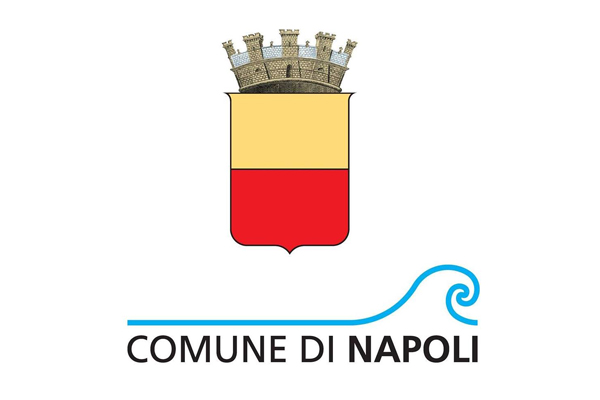